I sound like I have a peg on my nose in this radio chat show! It was a great opportunity and I really enjoyed (most of) the 80s music. Ron and Ian made the whole experience fun and professional. What I hadn\’t reckoned on was talking over my own voice after an eight-second delay. That was truly bizarre. I couldn\’t hear what I was saying currently, only what I had said previously!

Anyway, for those of you interested here\’s the clip. It\’s well over an hour-long, which is great if you want to listen to the music but if you want to catch me spouting about my books I\’m on at 1.23 hours into the clip.

If there are any other authors wanting to go on the show just apply at http://www.chatandspinradio.com

I had an interesting communication with a keen reader this week. She rumbled me!
Now that I have finished the first draft of Ivy, and have therefore worked out exactly how the whole series will conclude, I thought I had better share my reply to her query in case there are other equally diligent and observant readers out there who are also puzzled by the way Cheadle Manor has been bequeathed in Woodbine. This eagle-eyed reader remembered the exact detail of what happened after Sir Robert Smythe died and left his estate, not to his wife, but to his daughter, thus enraging Lady Amelia Smythe in Speedwell (which of course is easily done).
This was my reply:

\”Congratulations on your well-observed spotting of the change in the legal arrangements of Lady Amelia\’s will. When I wrote Speedwell, I intended it to be the final book in the Katherine Wheel Trilogy, as it then was. However, because of the somewhat sad, almost ambiguous ending, other readers encouraged me to write more. Many asked what would happen to the children, and I found that, over time, I became curious too. The final ending of the Katherine Wheel series occurred to me before the rest of the story became clear.

I realised then that I had to change the legal arrangements I had described in Speedwell. By delving into legal inheritance and tax issues, I also found out that baronet\’s wives are called by their surnames and thus Lady Amelia had to be renamed Lady Smythe, unless called by her first name within the intimate family circle. This meant I had to go back, rewrite and edit all of the three books in circulation. I have just completed the first draft of Ivy, which will be the sixth and final book in the Katherine Wheel series, with the ending mentioned above. It entailed making that legal twist in order to be arrived at, but I think it will be worth it.
You are very clever, and must have a terrific memory, to have noticed this! I hope you enjoy Woodbine, which I warn you, ends on a cliffhanger.
Ivy is with my editor now and I hope to publish it soon and then I would love to hear from you about that conclusion and find out if you think the legal changes I sneaked in retrospectively to Speedwell were worth it.
Thanks for your interest in my work. It\’s a good feeling to know someone has really followed the stories so closely.\”
I relate this anecdote because it shows the beauty (and perhaps the pitfalls) of self-publishing! The joy of doing it yourself means you can go back and change things. After all, this is fiction and it\’s fun to play around with stories – otherwise, why do it?

I shall be talking about my books on a radio station called www.chatandspinradio.com
live this Monday night at 8.55 pm. Do tune in and listen or catch up on their facebook page at www.facebook.com/chatandspin at your leisure.

Phew! I completed the first draft of Ivy, the sixth and final book of The Katherine Wheel Series just after midnight last night. It\’s been a long haul and it\’s a big book. Hopefully, I managed to pull all the threads together from the previous five books. The manuscript is now with my editor, who, I\’m very confident, will let me know in no uncertain terms!
Now I have the nailbiting wait for the verdict. After that, it\’s the second draft, which is usually not as onerous as the first. The thing is with creating a story in the way I write is that I have to not only research, and remember it as I write, think up creative solutions for what I am trying to portray for my characters, but also I LIVE it! It\’s a wonderful experience in many ways. Sort of like watching a video across your mind\’s eye but I do experience everything I put my characters through and that\’s what makes it both thrilling and exhausting.
I went to bed very late but it was impossible to sleep as I went over and over the story from every angle. Just as I was dropping off, at about three in the morning we had a tremendous thunderstorm, almost directly overhead. I gave up after that so today I\’m taking it easy!
Of course, there is now the fun of creating a cover, a blurb and a strapline but I may leave that for another day and just get out into the garden. 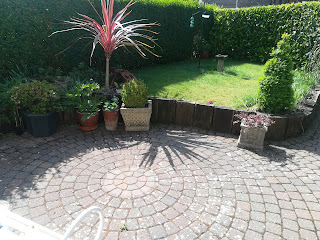 Tomorrow, the 8th May 2020, is the 75th anniversary of Victory in Europe Day. Then, we celebrated liberation from Nazi oppression. Today, we are fighting an invisible enemy, Covid-19, which is just as lethal.
In honour of today\’s heroes and especially the fallen of World War Two, my latest book, Woodbine, will be on special offer on a Kindle Countdown Deal.
The countdown begins at 0800 GMT tomorrow morning at a knockdown price of 99p for twelve hours, then it will increase until it returns to its normal price of £2.99 by Saturday morning.
So, you\’ll have to be quick to grab it!
Woodbine is Book Five in The Katherine Wheel Series and takes the children of Katy and Cassandra into the troubled and dramatic arena of the Second World War. In a way, it is only one half of the tale, as Ivy will conclude the series and the stories of Lottie, Isobel and Al in Book Six, coming soon, when all the threads will finally come together. 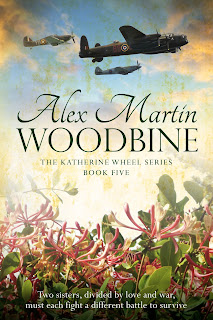