Skip to content
August 13, 2021September 5, 2021 intheplottingshedLeave a comment
Something magical happened to me yesterday. Not only did I write \’The End\’ in my new novel, Triskele, (previous working title Apple Island) but all the random parts came together in a seamless rush.
When a writer starts a new book, there is the germ of an idea. In my case, it was the intuitive sighting of a terrible massacre that took place over two thousand years ago. I had to weave a story around it.
Readers may have met Fay and Percy, two mismatched psychic detectives, in The Rose Trail, book one of the Spirit Level series. These two women were the ideal characters to take on the challenge.
The magical part came towards the end of the book, when I realised that, without conscious thought, all the elements of the story I had written had a purpose and without each one of them, the conclusion would not have come together. It was almost as if I\’d been guided by some unseen hand.
I suspect my subconscious mind had been working on this project for years when I first had the idea but was too busy with other ones to give it my attention. Whatever it was, it made for an exciting finish, I can tell you! I found myself saying – oh so that\’s why he had to do that in the beginning! And, that\’s why it\’s set there! It made for a thrilling and satisfying moment when I typed those important two words – The End.
Of course, it\’s only a first draft and I\’m now going through it with a fine toothcomb before my beta readers get their mitts on it.
Watch this space. If it passes muster with them and my editor, the final version will be announced here. 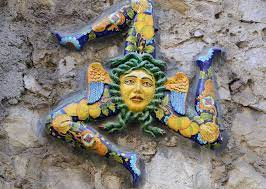